Best Price Guarantee You won't find a better deal anywhere else!
Book Now
Book Your Stay
Check in
18
01
2022
Why Book With Us? 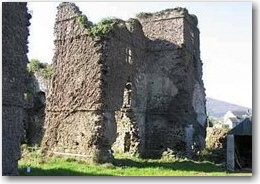 Manorhamilton Castle was built as a baronial mansion during the plantation of Leitrim by Sir Frederick Hamilton in 1634.

Hamilton proved to be a tyrant, noted for his cruelty to prisoners, many of whom he is known to have publicly hanged. After sustained rebellion the Castle was burned to the ground in 1652 by the native Irish, although not before Hamilton had taken the opportunity to burn Sligo town.

The ruins of the Castle are not open to the public as a private residence stands in its grounds and much of the old building is unstable.

Prior to the plantation the area was known as Clonmullen or 'Cluain Maoláin' in Gaelic, meaning 'The Hillside Meadow', and was in hands of the O'Rourke clan. The present name in the Irish, 'Cluainín Uí Ruairc', which translates as 'O'Rourke's Little Meadow', also reflects that history. The emphasis on 'meadow' in both names perhaps indicating that the location was a sought-after area of fertile farmland.